From Foxhole Wiki
Jump to: navigation, search
This article is a stub. You can help Foxhole Wiki by expanding it.

Callahan's Passage is a snow-covered map with mountainous terrain, a frozen lake, and several strategic chokepoints. The map was added in Update 0.0.19. It's named after Callahan, a prominent character in the Foxhole, he lends his name to many places. He is known for a variety of actions and events.

In Update 0.12, all production buildings (barring the Medical Lab and Refinery) were removed from the map as a World Conquest balancing measure.
In Update 0.20, the already on other maps existing Observation Towers and the new structure Safehouses have been implemented to this map. 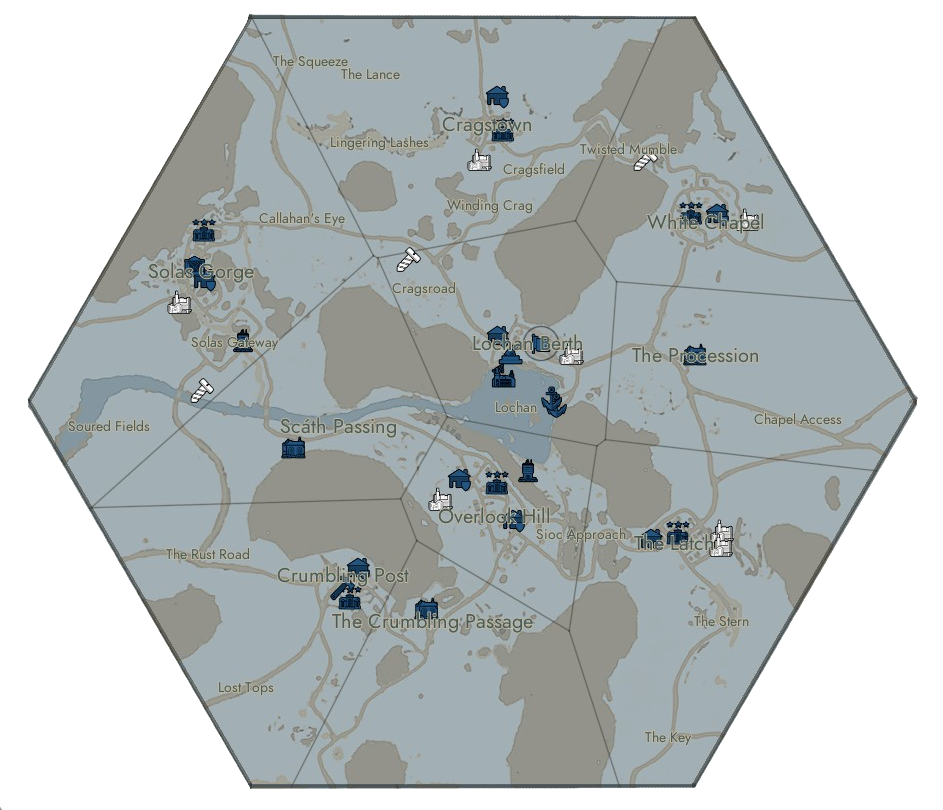 The Center of Callahans Passage sports 4 docks, which access the rest of the waters via a thin river to the East. The maps lacks any Factory or Construction Yard. It only has a single refinery in the southwest.