Despite its top-down perspective, Foxhole's world is fully 3d, and other soldiers and most constructions are only visible if your character has line of sight to them. Solid walls or the shape of terrain can prevent you from seeing defenses or other players, even friendly ones. 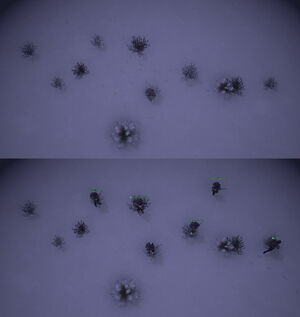