Endless Shore is a map with any river channels and bridges, as well as a large coastal island. These limit avenues of approach and create natural choke points at the bridges. The map was added in Update 0.0.22, and later revamped in Update 0.0.31.

All bridges start off destroyed, with the exception of the bridges south of Weathered Landing and The Selkie Bluffs, west of The Dannan Coast, and at Kelpie's Mane. 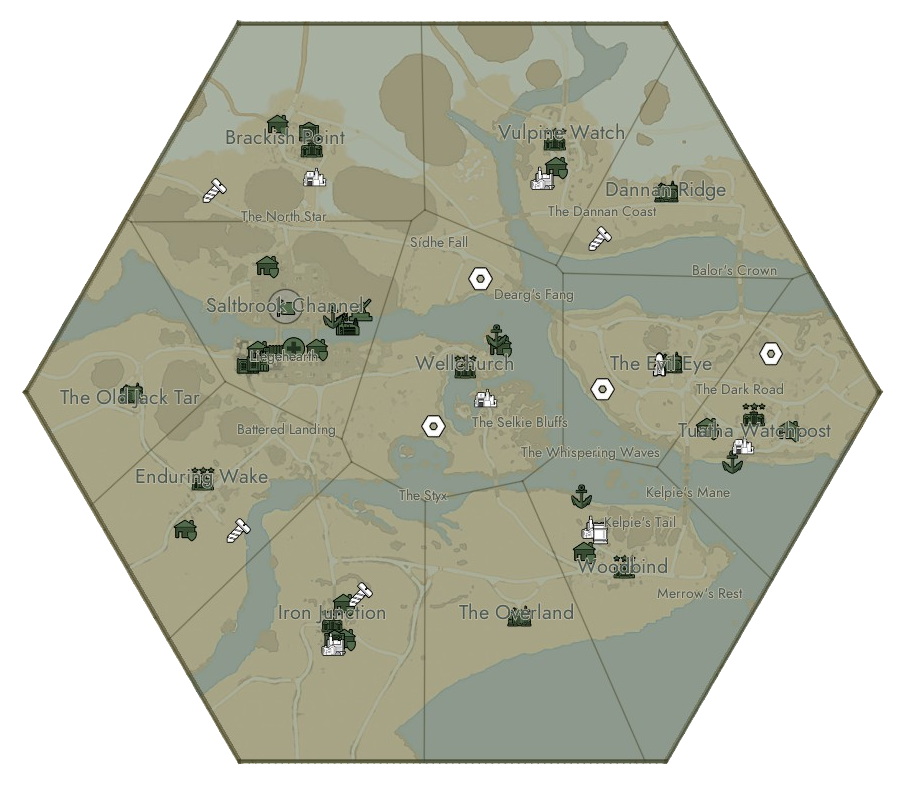