Fisherman's Row is a map in Foxhole. It has a long history, initially introduced as a small map to train new players on, but later being expanded and added to the main part of the game with the introduction of One World.

Fisherman's Row main island is under veteran players known for the stage of the Foxhole Competitive League, which has often returned to the island over the seasons. The capitol of the region, Eidolo, is the target to hold during the matches. Seasons 1, 2 (partly), 4 and 5 were held on (variants of) Fisherman's Row.

There is now a special adapted version of the map in use. Here, the island is cut off from the mainland. Some other changes include: removal of the bridge in the west part of the island, removal of the porting area east of Eidolo, remapping of roads to keep travel distances between the sides equal, removal of relic bases, addition of all production facilities for both factions and removal of all Shipyards

The map became unavailable to play on when Tempest Island was added in Update 0.8.

With the release of Update 0.10, Fisherman's Row became available to play on again as one of several Skirmish Maps incorporated for One World.

Update 0.17 brought about a major expansion of the map. A larger mainland was added to the west of the original island, connecting the island to the main continent via a bridge. This meant Fisherman's Row became accessible from the other regions without the use of a water based vehicle.

In Update 0.26, Fisherman's Row was turned in a hexagon and added to the west side of the world. It was modified to join parts of the islands to the main land to ease border travel and access.

Update 0.32 brought in the new structure Relic Bases and Hospitals.

This article may contain outdated information that is inaccurate for the current version (0.38) of the game. It was last updated for 0.36. 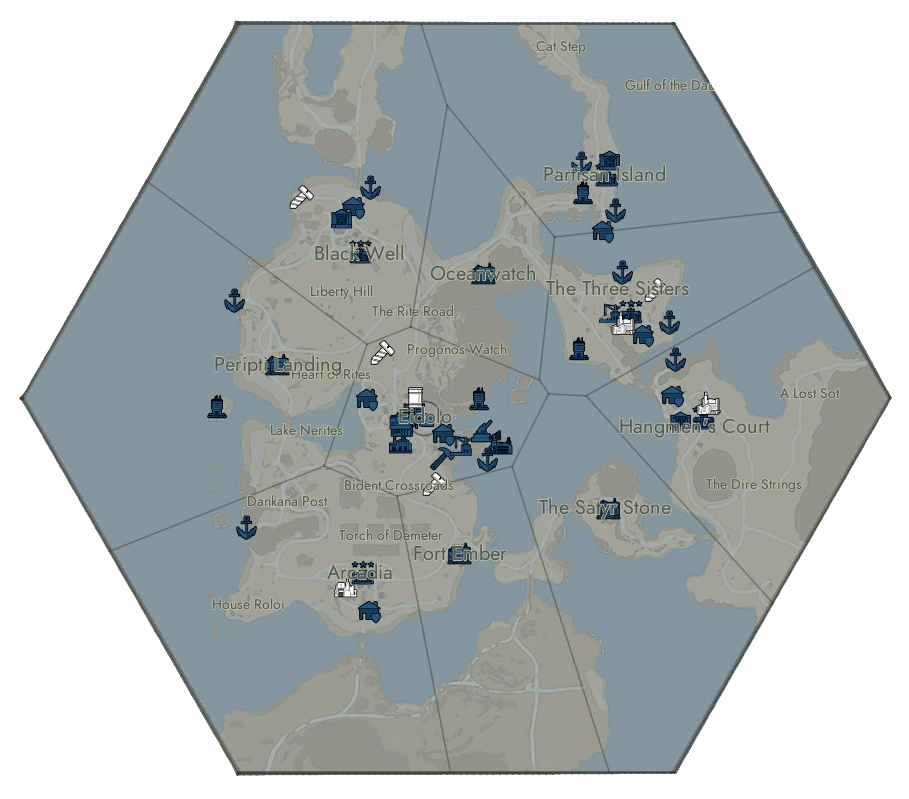