The Great March is a Skirmish map featuring large rolling hills, farm fields, and multiple approaches into towns. This tense map revolves around two small roadside settlements featuring open field combat. Measured coordination and infiltration tactics will be required when approaching the central towns. The map was added in Update 0.12.

Great March was renovated in Update 0.23 as it underwent the transition from skirmish map to world conquest map. This renovation added new territory to the northern portion of the map. A similar revision was performed on the sister map Reaching Trail.

Update 0.26 altered the arrangement of Great March to fit within a hexagonal boundary, this update removed certain locations in the southern section of the map. 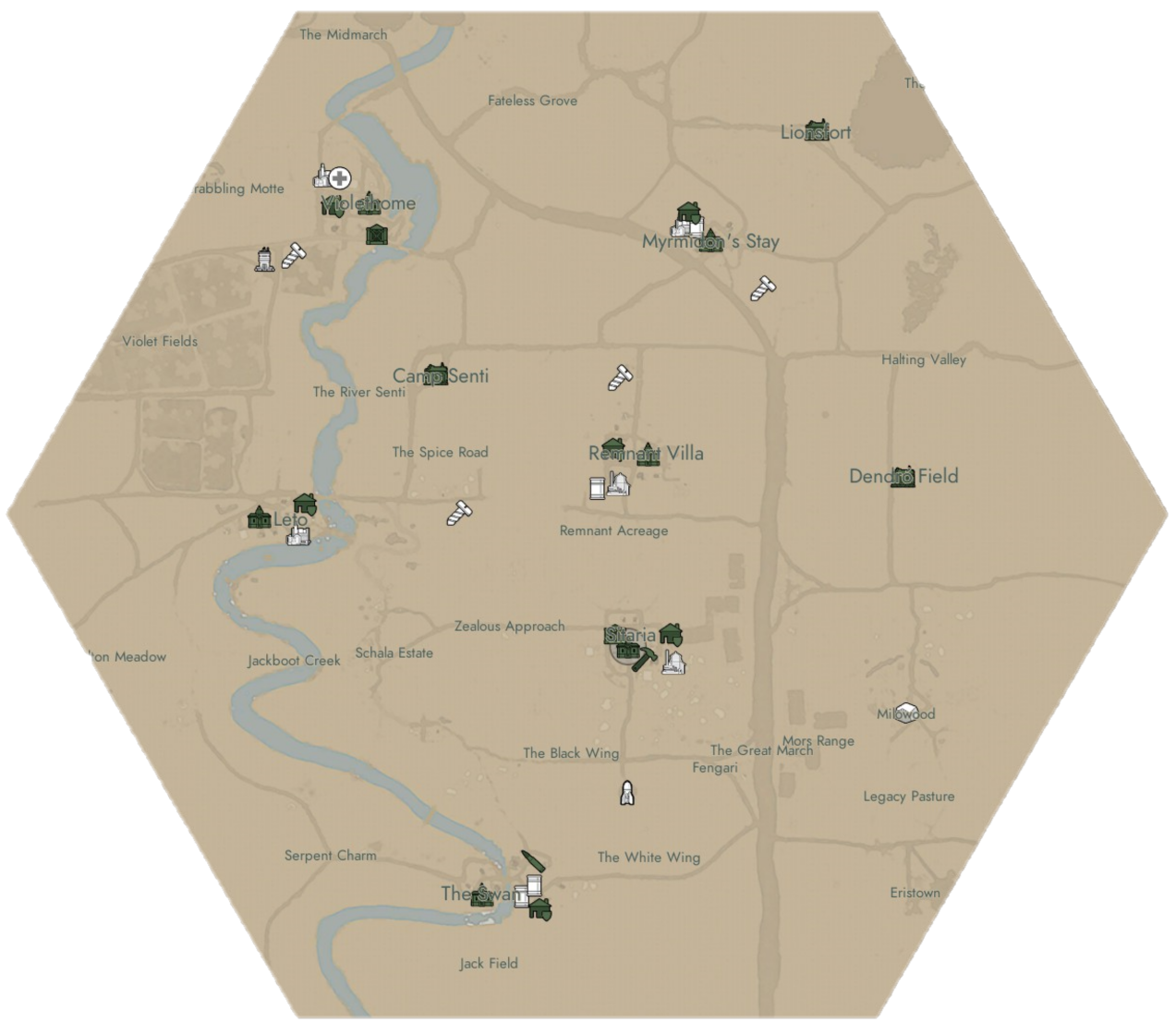