From Foxhole Wiki
Jump to: navigation, search
This article is incomplete. You can help Foxhole Wiki by expanding it.

The Oarbreaker Isles presents a significant departure from normal warfare. In addition to land warfare on the main island, players are also expected to heavily rely on naval combat and amphibious landings in order to dominate the series of islands present on the map.

Oarbreaker is located on the west side of the world map. Ir forms a counter part to Tempest Island with concentrated industry on the main island and the neighbouring peninsula. The placements of the islands creates chokepoints in the water for the small internal sea in Stonecradle as well as access from the North to the large sea between the isles and mainland.

In contrast to the east-side of the world map, Oarbreaker shares it southern island with its neighbour Fisherman's Row. This allows for land-vehicle travel between the two maps, although the island is cut off from the mainland on the north side (in the south being connected to Fisherman's main island).

In Update 0.26 the map was changed into a hexagon; some parts were modified to join the main-land, as to ease access and allow border travel.

This article may contain outdated information that is inaccurate for the current version (0.41) of the game. It was last updated for 0.36. 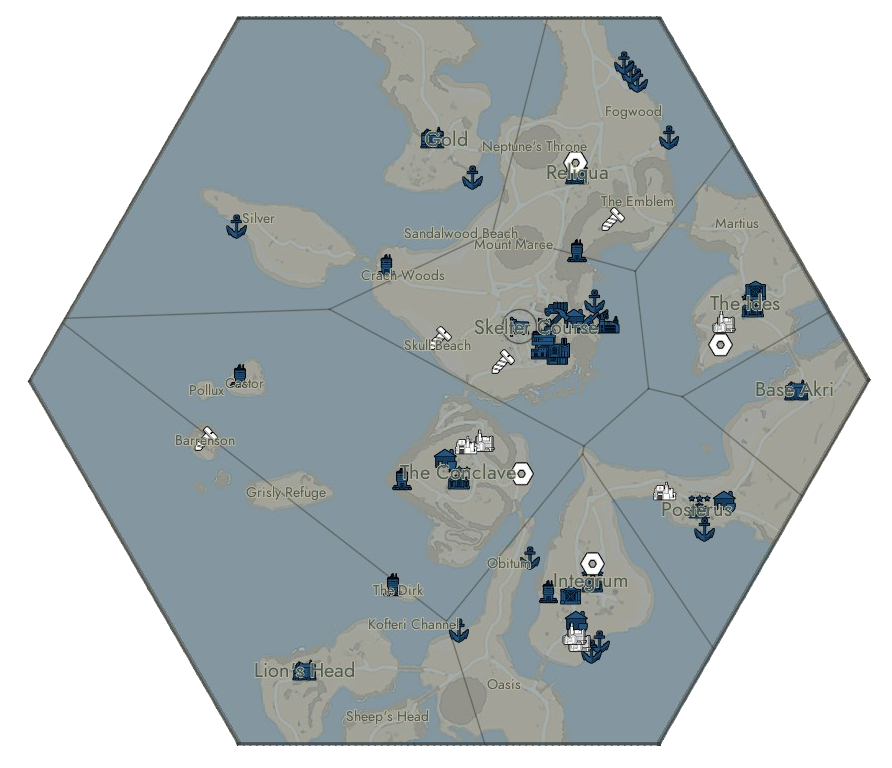