Umbral Wildwood is a heavily wooded map, characterized by its open fields bordering an immense forest.


In Update 0.20, the already on other maps existing Observation Towers and the new structure Safehouses have been implemented to this map.

A Huge Map rework has been done with Update 0.26. Towns like Dredgefort, Thunderfoot and Borderwatch have been removed entirely. New structures like the Oil Well have been added. 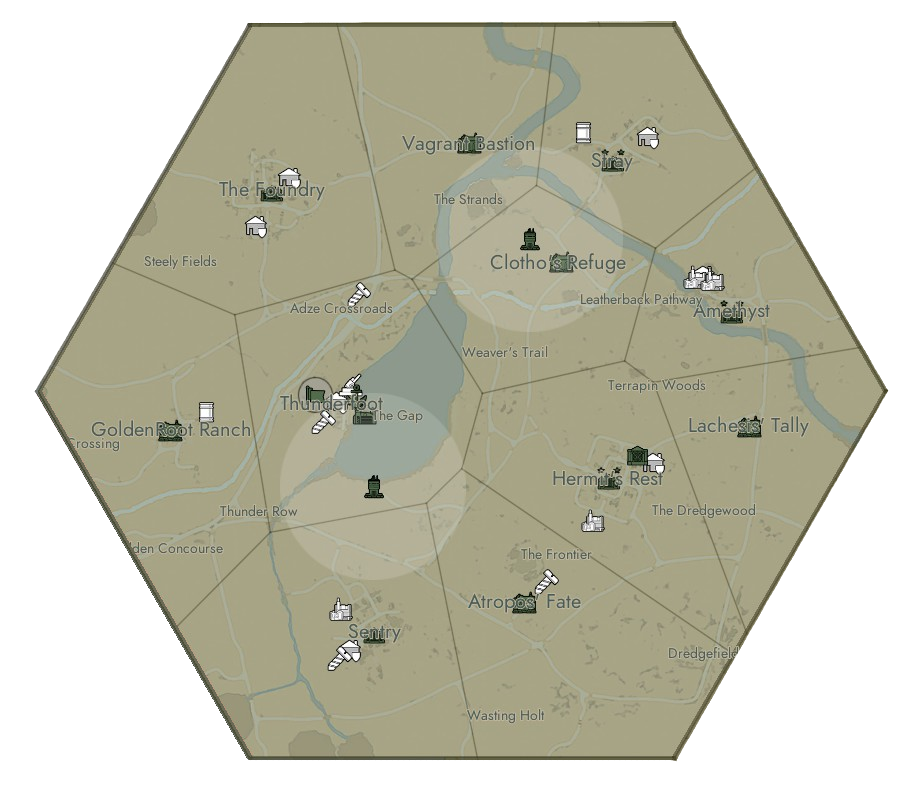