Weathered Expanse is a map in the Northeast of the world map. Open spaces dominate vast swaths of the map. The weather here is more frigid, noticeable by the snowy ground and falling snow. The map also features large walls similar to the Bulwark running through the southern regions.

Weathered Expanse was added in Update 0.0.30, being the 4th map added to the game.

Update 0.13 added a large coastline on the eastern side. This was done to line the map up with Endless Shore and to prepare the whole east coast (Weathered Expanse, Endless Shore, and Umbral Wildwood) for naval gameplay.

In Update 0.17, the Port Base was moved to the Port of Rime to give the Wardens an actual Port Base. (ba dum tiss)

In Update 0.20, the already on other maps existing Observation Towers and the new structure Safehouses have been implemented to this map.

With the release of the new hexagonal maps, Weathered expanse was disconnected from Callahan's Passage, which also resulted in the removal of the rock formations on the west side of the map. 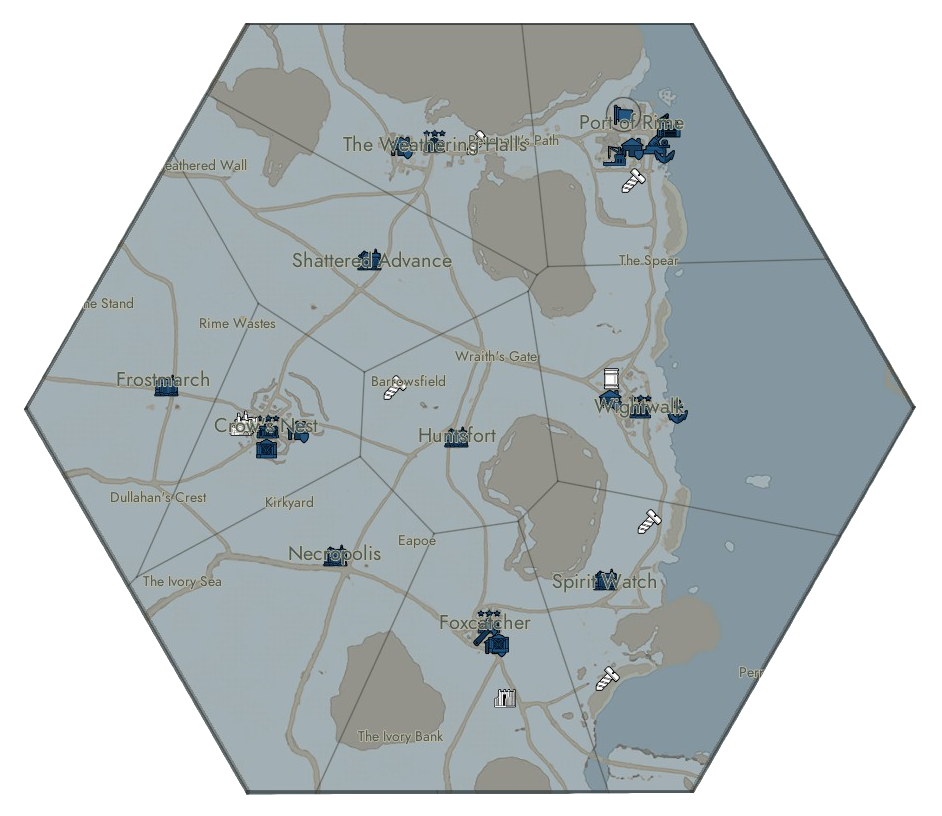